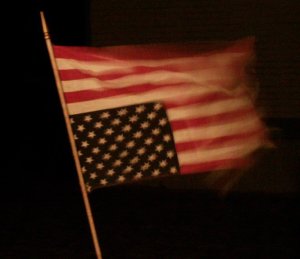 Contrary to those who wish to no longer acknowledge the differences between the sexes…there is now, as there has always been and as there will always be, a difference. A BIG DIFFERENCE. And no amount of talking, changing opinions, or screaming about it will change that FACT.

The GOP-led Senate Armed Services Committee has seconded a call by its counterpart in the House to require women to register for a military draft, setting the stage for a significant cultural change triggered by the Pentagon’s decision to lift all gender-based restrictions on front-line combat units.

Any justification for barring women from draft registration was erased last year when the Pentagon announced all military jobs would be open to women, the committee said late Thursday in a summary of its annual defense policy bill. Women must begin to sign up with the Selective Service beginning in January 2018, according to the committee’s measure.

Read the whole story here: Senate Panel Calls for Women to Sign up for Military Draft

We used to be able to count on the Republican Party to acknowledge this most basic of differences between humans. That is no longer the case…enjoy your “new Party,” Trumpkins. I’ll make sure to box-up some tooth paste and deodorant for your daughters when/if they’re deployed to one of those lovely sand pits on the other side of the earth where they’ll be surrounded by members of ISIS (etc.) who’d rather rape them than be forced to look at them while Trump is “knocking the hell out of ISIS” (Trump just said that again on Hannity a few minutes ago).

Enjoy your “new” Republican Party, Trumpkins! They’re still continuing Obama’s agenda (well, with the exception of 3 notable patriots as listed below). Should be fun when/if Trump takes over, eh?

If you wish to be notified of my future blog posts, please subscribe to my blog via the “Follow by email” box near the top of this page.